Incredibly proud to be working with such a talented and globally diverse team on AMS2, which released as ‘early access’ on Steam a few days ago. 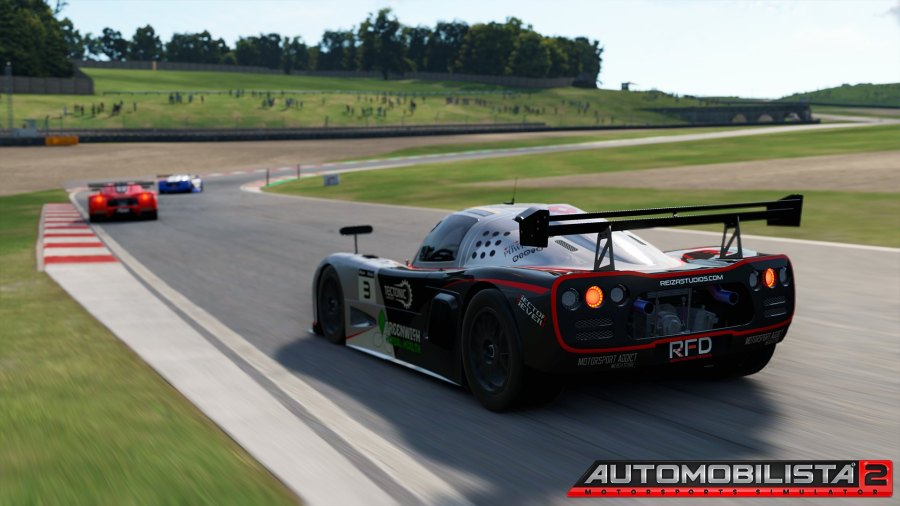 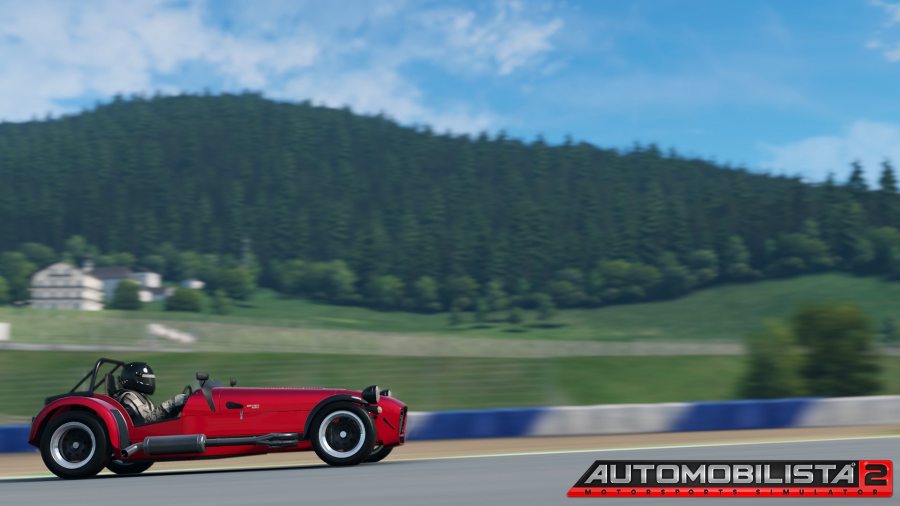 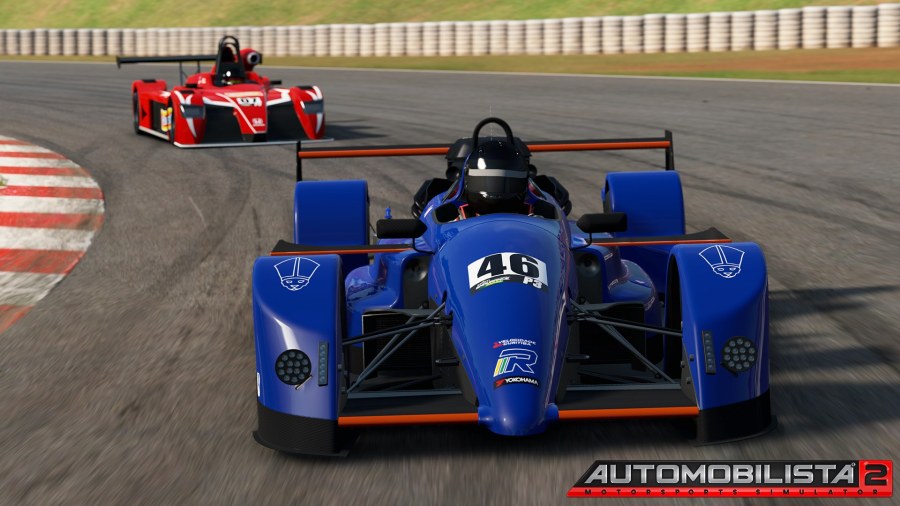 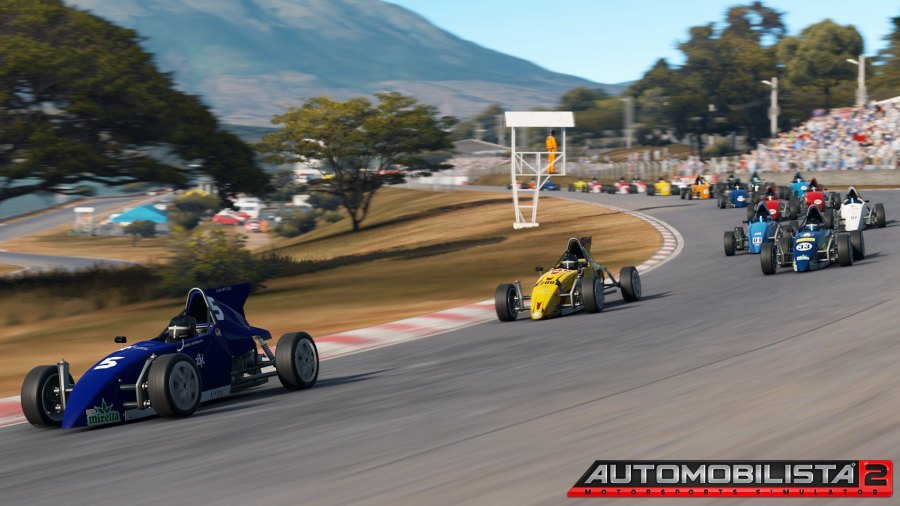 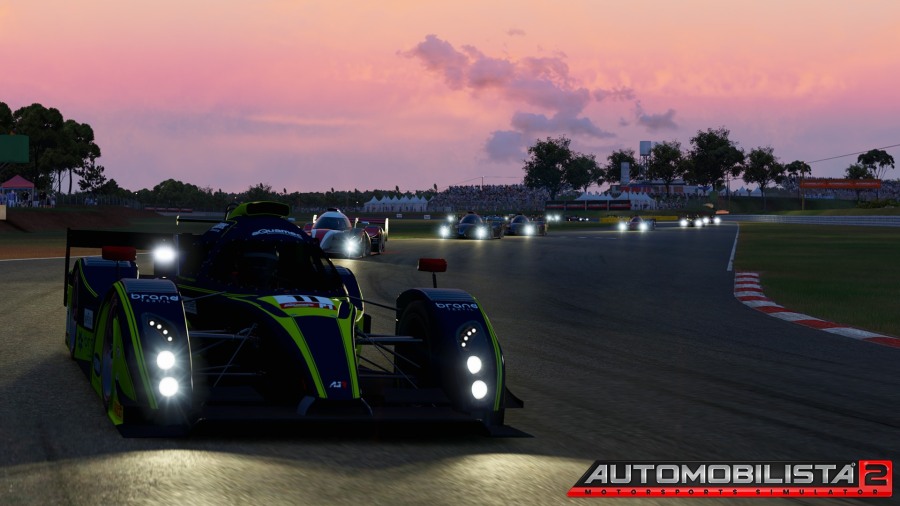 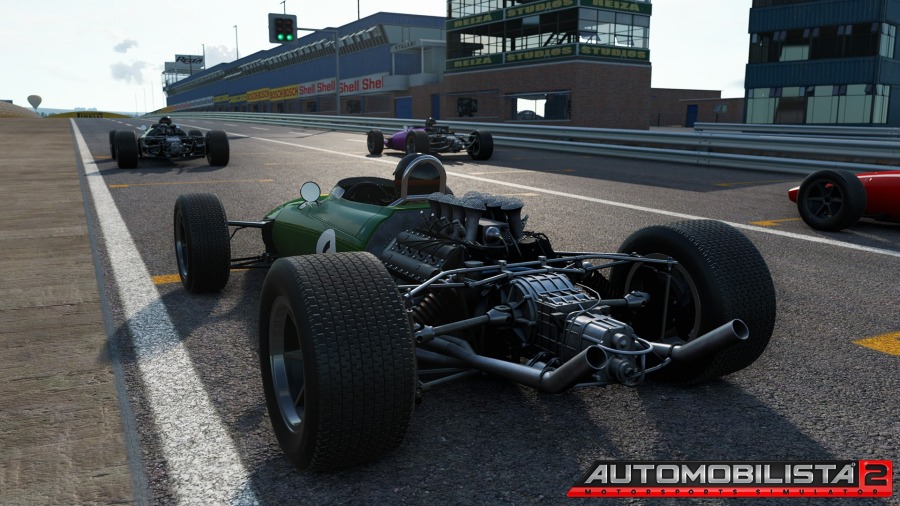 If Vyxl can elevate your Brand, Game, App, Product, Service or Event — please get in touch by clicking the link below.

Vyxl is extremely proud to have been involved with this exciting title — a forthcoming ‘post-apocalyptic RPG’ set in the Australian Outback, targeted for release in 2021 on Steam (PC), PS4, Xbox One and Nintendo Switch — by developing the master Logotypes and Style Guide for the project. END_OF_DOCUMENT_TOKEN_TO_BE_REPLACED

Fantastic video for a fantastic event — the Retro Rides Weekender 2019 Official Video.  Vyxl is honoured to have helped out with Graphic and Collateral Design for this event, which appears to have been a huge success. Well worth a watch if you love retro cars of any size, shape or finish!

Incredibly excited that a title I’ve been working on in secret for a few months, was announced yesterday. Automobilista (motorist in Portuguese) is a highly-regarded Sim Racing series developed by Brazilian-based Reiza Studios.

Vyxl has delivered new logotypes for the title —aka AMS2— and is working on the UI for the late-2019 launch (with some world-first design concepts, to be announced in due course).

Below you can see the logotypes, heavily inspired by (and fixing issues with) the original logo, shown bottom. Vyxl wanted to deliver a highly polished, highly recognisable motorsport-inspired identity, with the need to encapsulate the titles’ 14 characters within a recognisable silhouette for maximum readability wherever used. The master logotype even retains a horizon line, inspired by its’ predecessor. The acronym and social media badge/icons provide further flexibility for the brands’ applications across Social Media, Print and within Digital realms.

Reiza have created an announcement teaser featuring some of the titles new features (such as a new graphics engine including weather and day/night cycles) and of course Vyxl’s AMS2 logo design. Check it out —

Great work from all the team at Reiza, to say I’m very excited for this title would be a massive understatement! 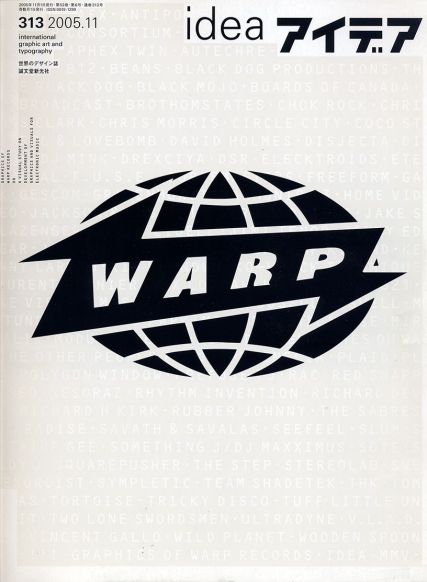 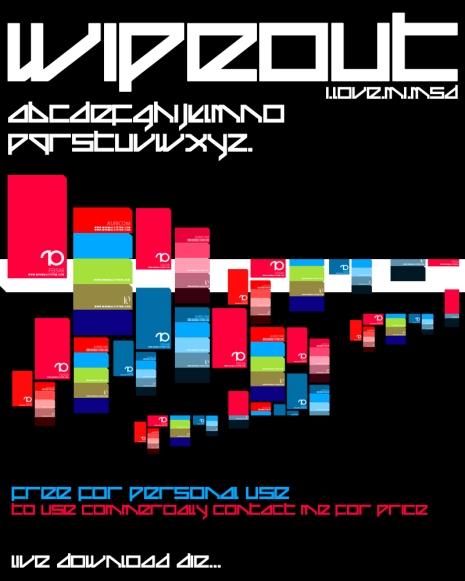 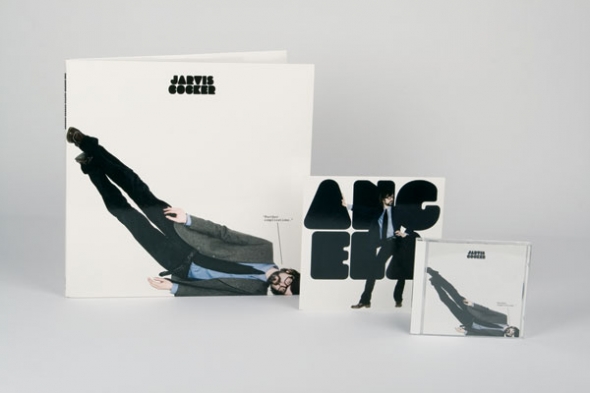 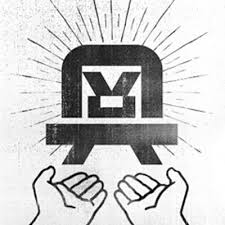 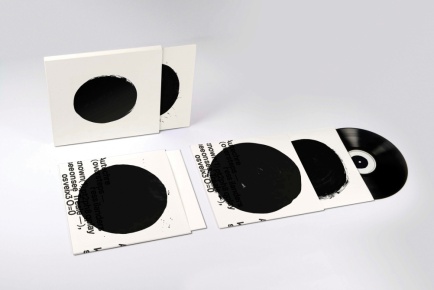 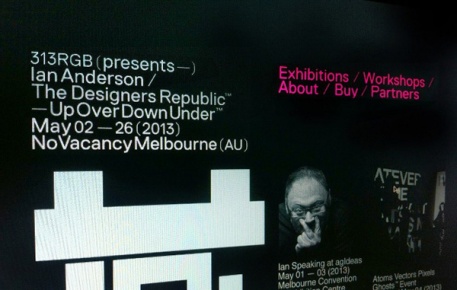 Covering the foundation of Warp, the development of the branding, and his working relationship with Warp Artists over 30 years, this is a great read.

Super-stunning Photography of night-time Tokyo by Liam Wong, in his Book TO:KY:OO which is now well past its pledge target over at Vol.co

Blade Runner comparisons are inescapable, and is even the title of one of the pages – I also recognise a few of the locations such as at Ebisu, behind the famous Liquid Room club. Click each image for a larger view, or jump to over to Volume at Vol.co and support the book. 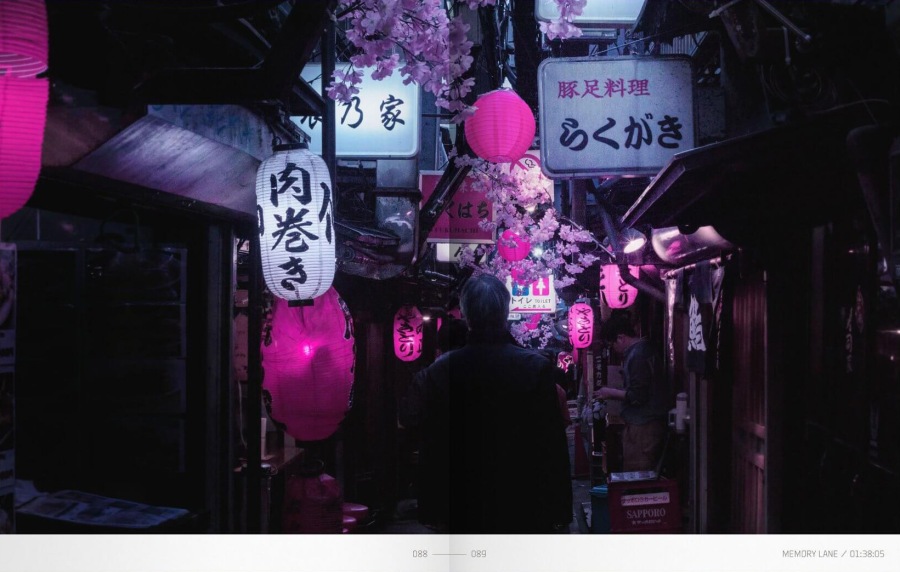 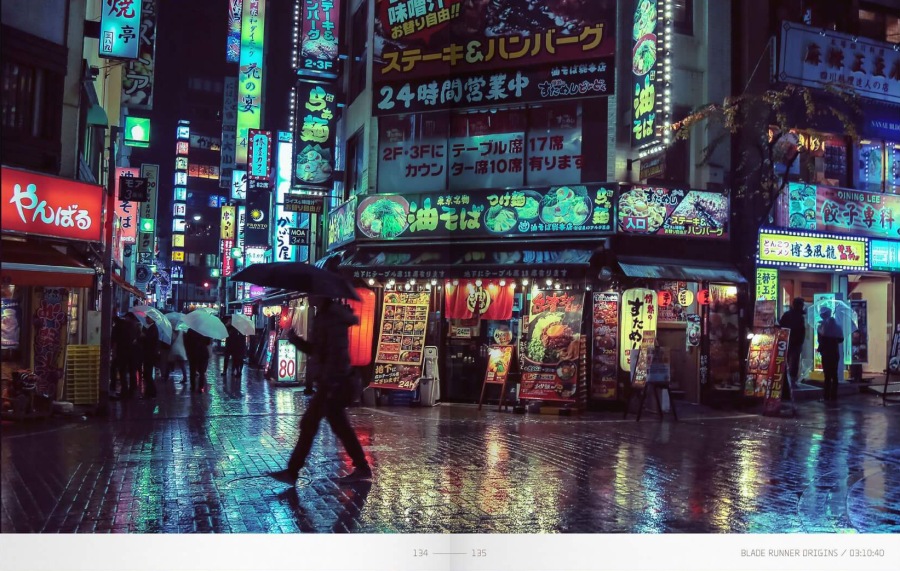 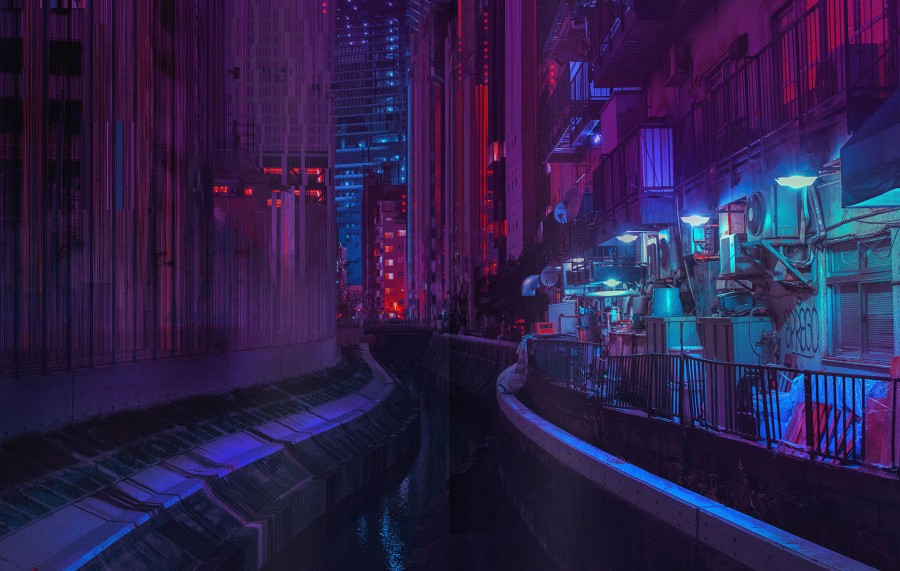 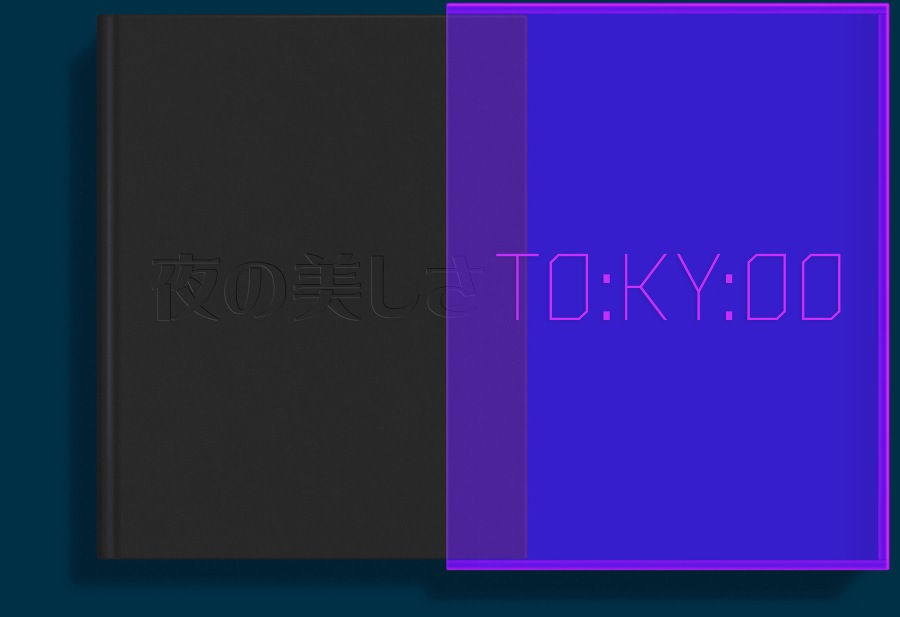 There’s something incredibly likable and positive about this re-branding of Dunkin’ Donuts that is too good not to share (the re-brand is a few months old, so please excuse the tardiness!).

END_OF_DOCUMENT_TOKEN_TO_BE_REPLACED

Some great insights here from this legendary designer, explaining some of the thinking and Art Direction that went into the Marvel posters.

Vyxl is immensely proud to be involved with the second Retro Rides Weekender, following the success of their 2018 event held at the legendary Goodwood racing circuit in the UK. 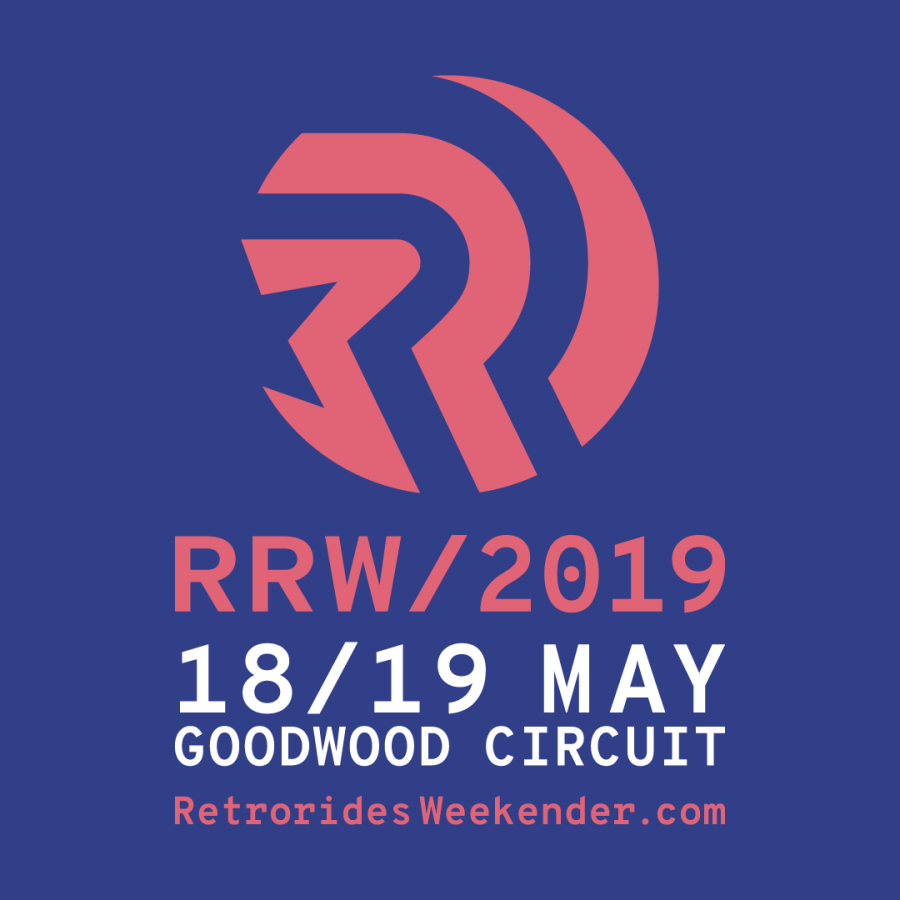 END_OF_DOCUMENT_TOKEN_TO_BE_REPLACED

A multidisciplinary team of designers and researchers from RMIT’s School of Design and its Behavioural Business Lab have designed a font using the principles of cognitive psychology to help students (and learners) better remember study notes.

With years of experience in eLearning methodologies, Chris @ Vyxl has a fascination with ensuring learners – and casual readers alike – retain as much information as possible from the sources we design and present to them.

And there are many tools and tricks: from clean and simple UI; quizlets within learning content to the often-forgotten plain language.

Typography also plays a significant part to play in content presentation and information absorption, and the results of RMIT’s studies are a fascinating reminder that we can always strive for improvement.

When a piece of information is too easily and cleanly read, it can fail to engage our brains in the kind of deeper cognitive processing necessary for effective retention and recall.

Sans Forgetica is an attempt to address this somewhat ironic flaw of design. By disrupting the flow of individual letterforms, readers are subtly prompted to increase their focus on the text being communicated. 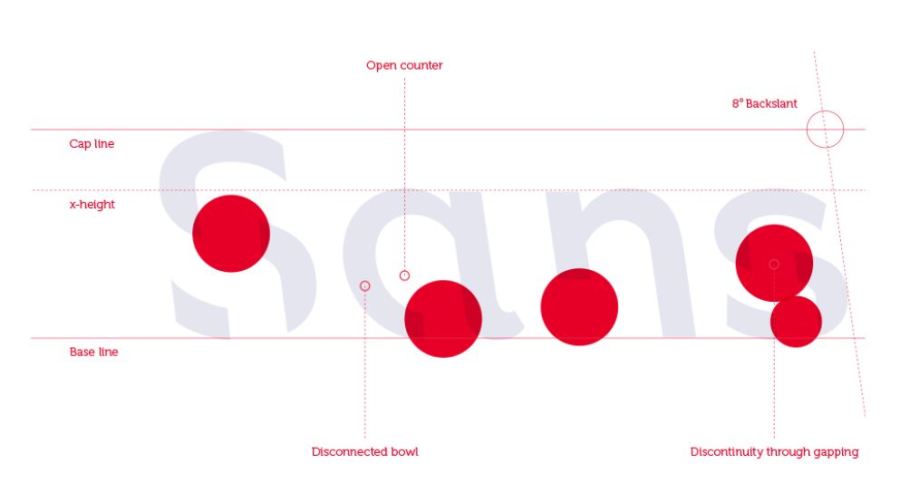 Read more, and get the free Typeface (which includes a PDF story about the project with the download) at Massachusetts Institute of Technology — Sans Forgetica

There’s also a Chrome extension too!

Free from the usual restraints of corporate branding, the Inflatable: Expanding Works of Art exhibition at the Exploratorium in San Francisco employed a hugely refreshingly visual style with its’ dynamic, inflating blue letterforms.  END_OF_DOCUMENT_TOKEN_TO_BE_REPLACED

Established in 1967, Rolling Stone magazine covers popular culture (ie; not just Rock Music) and has recently updated its longstanding logo with a cleaner modern take, as shown below:
END_OF_DOCUMENT_TOKEN_TO_BE_REPLACED

Really solid work by Re Australia updating not only The Athlete’s Foot logo, but their print/digital identity and store designs. 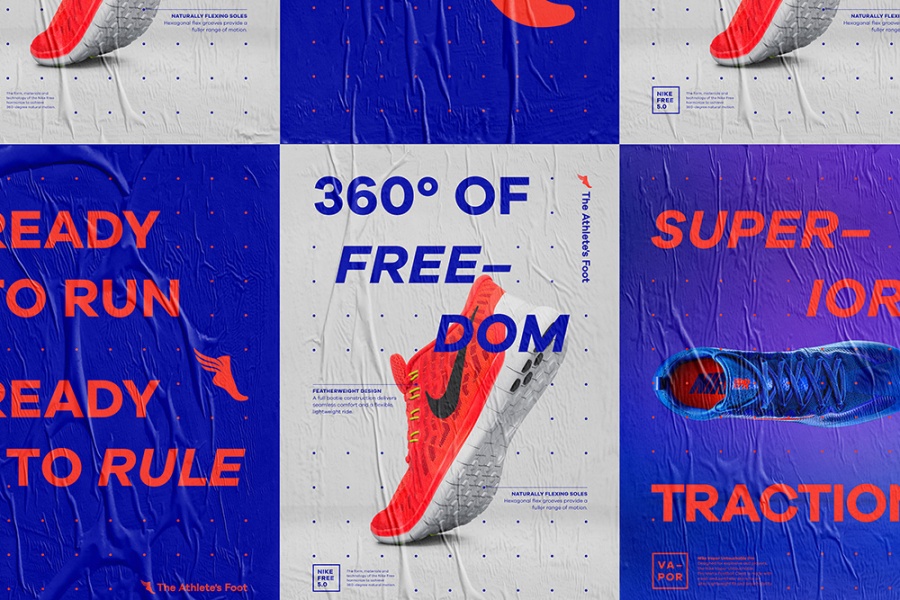 Loving the sharper, contemporary look they have achieved which drags what arguably was a pretty middle-of-the-road store brand right up-to date. Certainly; if you’re in the business of selling modern running footwear and apparel, your brand identity needs to reflect that. 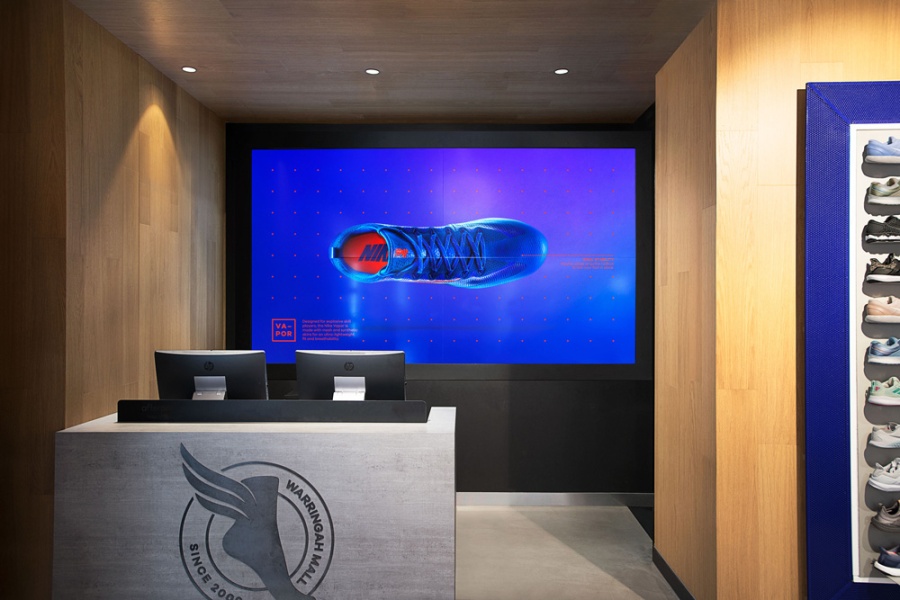 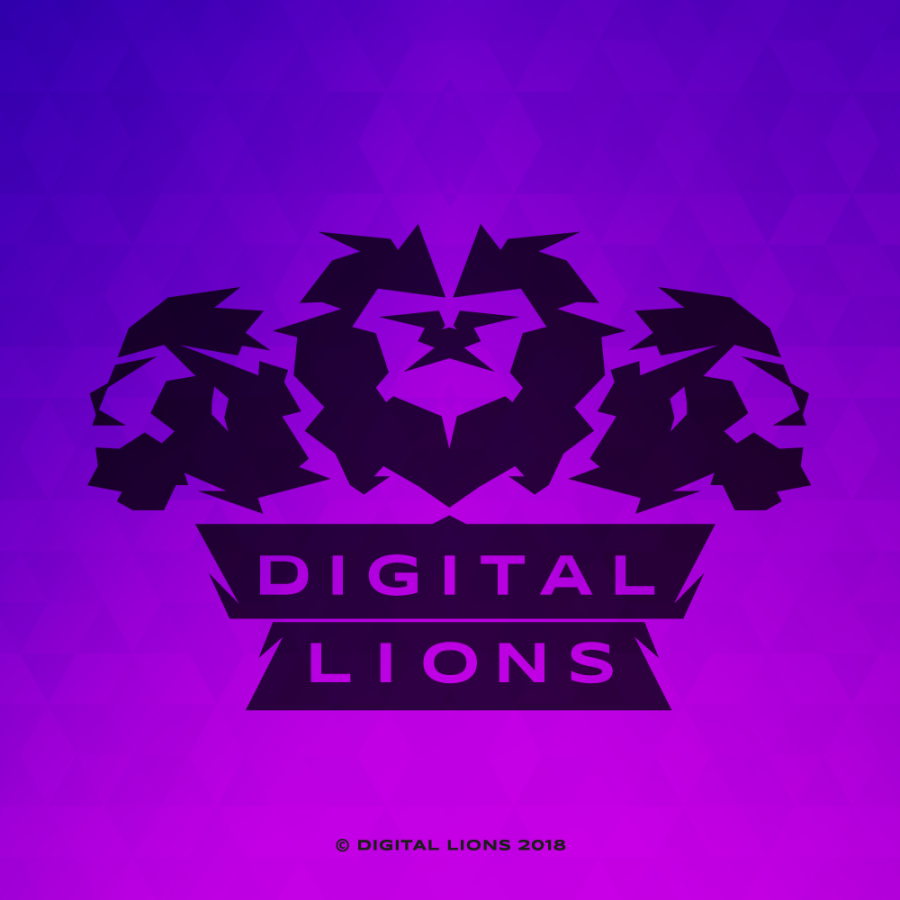 Vyxl has just completed a rapid one-day brand for Digital Lions; a new UK-based Games Company run by a group of industry veterans.

The branding was created with ‘serious’ and ‘veterans’ as cornerstones of the brand message, and ‘moonlight’ as a brand component which guided the colour palette choice.

As part of this short timescale job; 4K-resolution loading screens for PlayStation4, Xbox One and PC were delivered as well as load screens for leading mobile SKU’s.

Vyxl is looking forward to seeing Digital Lions secure funding for their forthcoming projects in the very near future :)

A fun set of short, BBC-licensed mograph videos explaining the fascinating history behind some of the familiar – and not so familiar – symbols we see on our modern devices. The most fun surprise here at Vyxl is the story of the ‘Little Pointing Hand’ symbol – well worth a watch during breaktime! 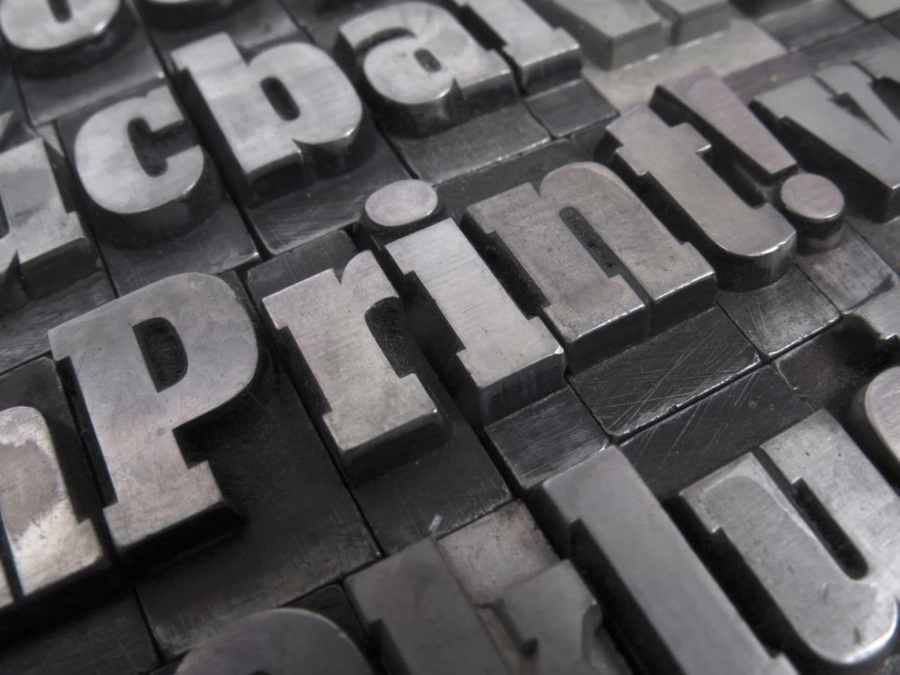 At Vyxl, well-chosen fonts need to perform and behave beyond design appeal and basic readability and that’s where we move into deeper areas of Typography (leading, kerning, tracking and layout design) as well as beyond into good copywriting.

Take a read of this superb Washington Post article and see if you feel strongly about either argument discussed.

It may be a nuanced subject (well, sure, it is) but for any content consumption, clearly messaged advertising, Brand acumen, solid UX or to help achieve plain language, the devil is in the details.

Love it when Designers solve problems; in this case Tokyo-based Kosuke Takahashi considered combining the requirements of the blind and non-blind into a single typeface, by allowing Braille to guide an underlying OCR-style typeface.

Brilliant concept – would be great to see this applied in real-life! 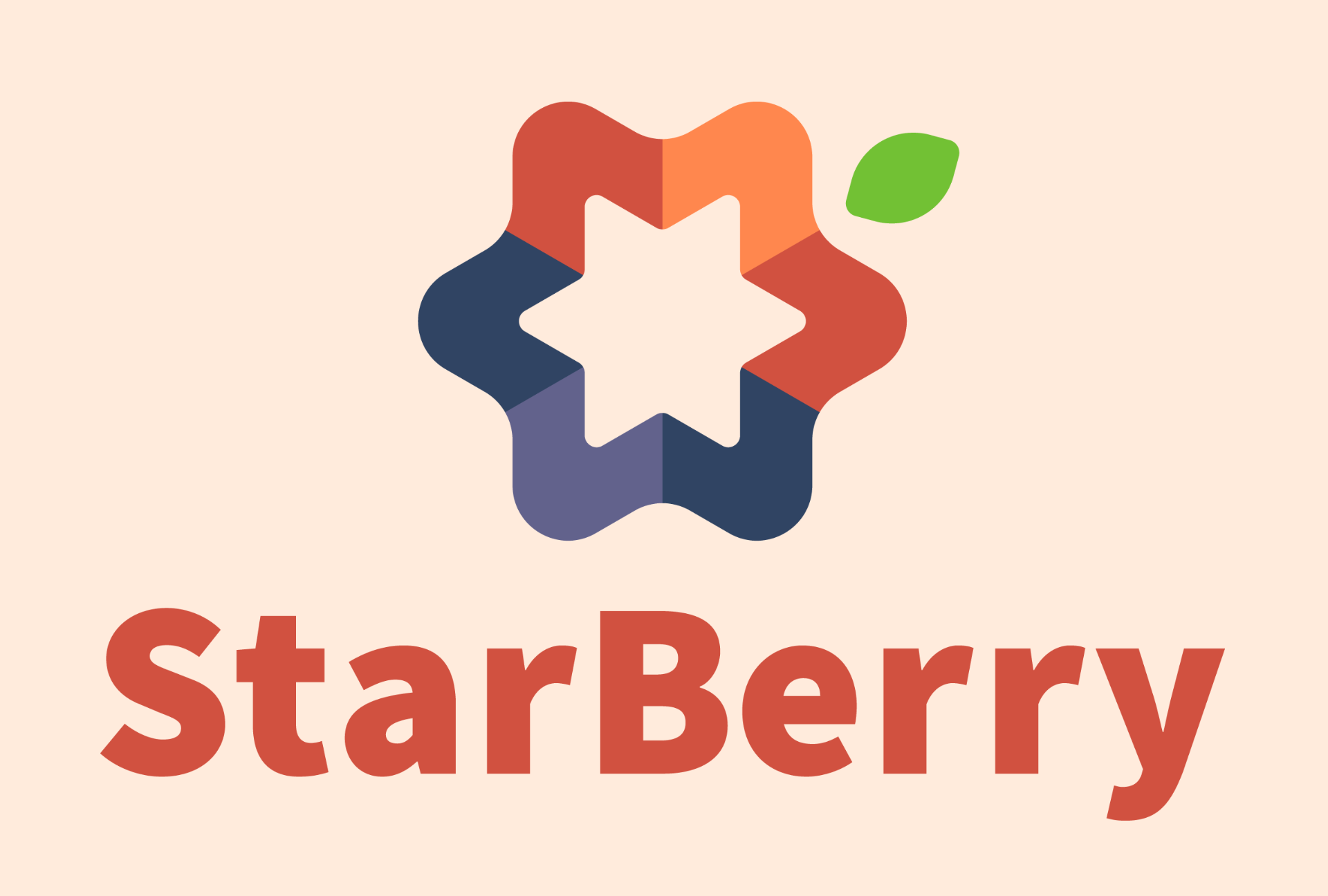 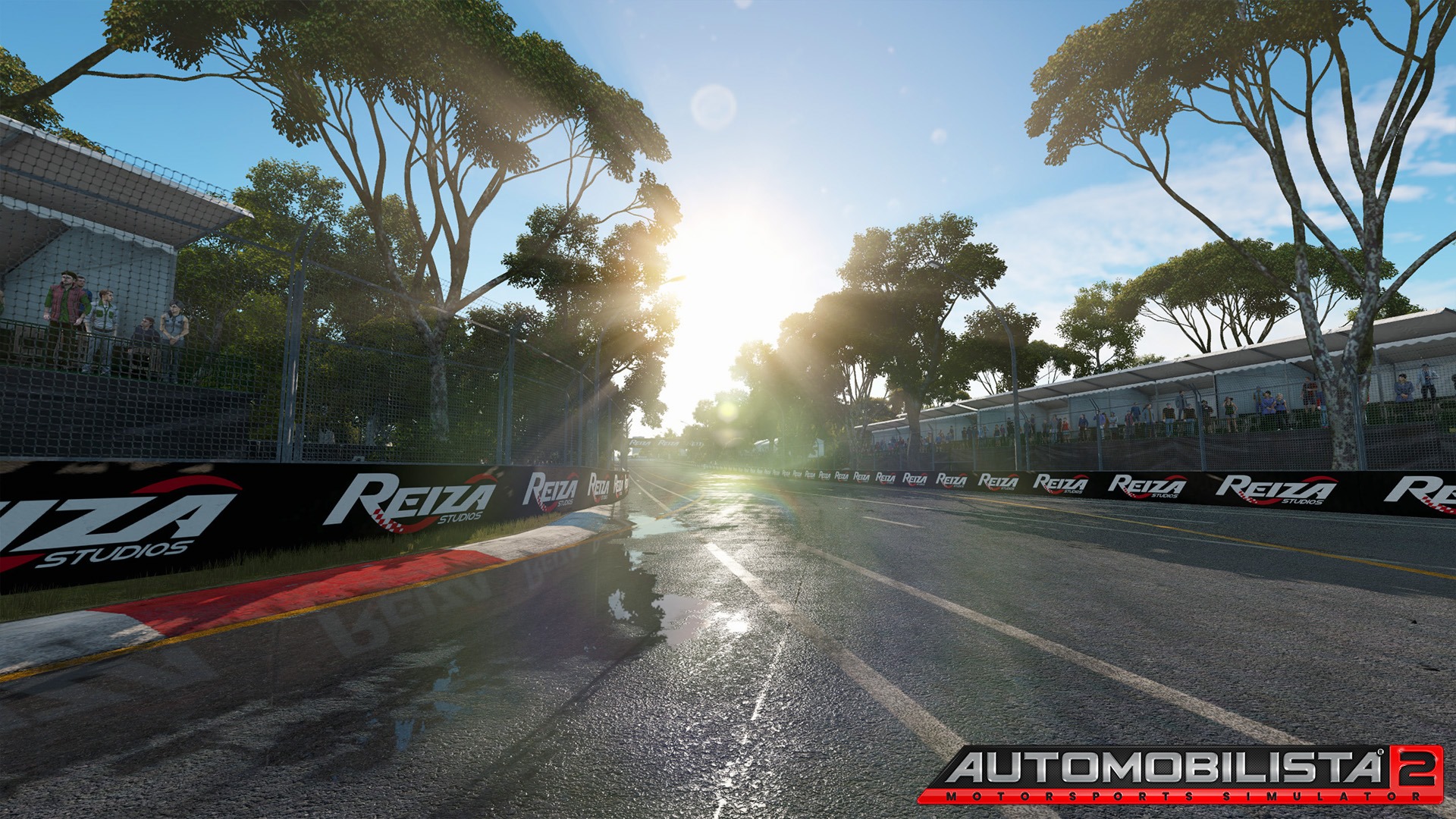 (Please note that the VYXL newsfeed/blog has now moved to http://www.vyxl.co/blog) Incredibly proud to be working with such a talented and globally diverse team on AMS2, which released as ‘early access’ on Steam a few days ago. VYXL work includes the AMS2 branding, UI, HUD (currently in a very early state), Iconography, Social Media support […]